On Saturday I went to Book Expo Australia with my sister and husband. This was Book Expo's second year running, but my first time attending.

Overall I had a good time, and I think I would like to volunteer next year but we only stayed for a few hours as most of the topics for the panels didn't really interest us. It didn't really matter though because tickets were only $10.

It was at Sydney Olympic Park, and somehow managed to walk the roundabout way to the hall where Book Expo was. Once we got in it was nice a cool inside, which was nice compared to walking around in the sun.

Our plan was to go to the panel that interested us, and then walk through the hall to see the stalls. There was a range of panels, but we decided the first one was what we were interested in.

So, we went to the Fantasy and World Building panel, which had three authors: Tracey Joyce, Patricia Leslie and Rob Clauge. I hadn't heard of any of them, and might check out some of their books. I think I am most likely to read Patricia Leslie's because I particularly like urban fantasy.

The beginning was definitely the most interesting part. After introducing themselves they talk about what makes a fantasy successful. The main points were that you need a lot more knowledge than you will end up giving the reader, and that there needs to be a level of believability. It can't be so unimaginable the reader can't relate or picture it. There was a part where I was a bit uncomfortable because Rob Clauge seemed to be suggesting that remote Australian communities (where he sets a lot of his stories) were unrelatable or something to readers (who are 'normal'?), and also that this was similar to creating a fantasy world. I'm hoping I just misunderstood those comments.

We found it went on a bit long, and the moderator didn't really ask a lot of questions so most of what was covered was the usual writer panel stuff: writing processes, persevere with your manuscript submissions, and some advice about that kind of thing.

The main comment from the moderator was that she learnt so much about the behind the scenes that she didn't know before. I think one of the reasons this was a bit boring to me was that I've been to, and watched online, quite a few writer panels and also as I am studying I knew all the stuff from that end. 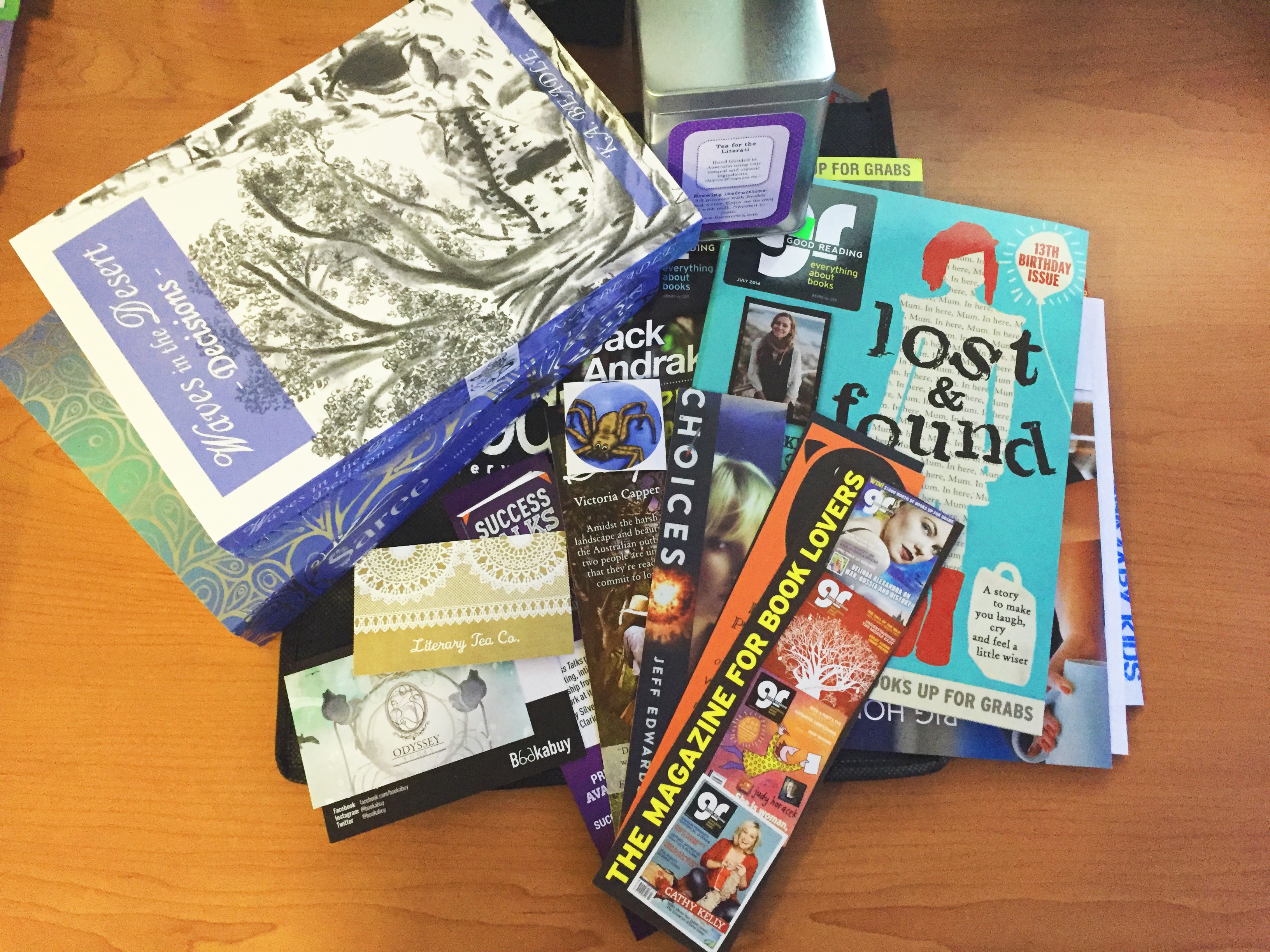 The exhibition stalls were good. A lot of self-published authors and independent publishers as well as some businesses and a charity.

I enjoyed going around looking at all the stalls and talking to people, it was a little stressful though because there were quite a few and it wasn't really organised in much of a grid - which is really just a personal preference for me. I picked up a lot of bookmarks, which is good. Highlights from the exhibition stalls were chatting to some independent publishers, and the person at Books in Homes, which seems like a great charity working to get books to disadvantaged children. 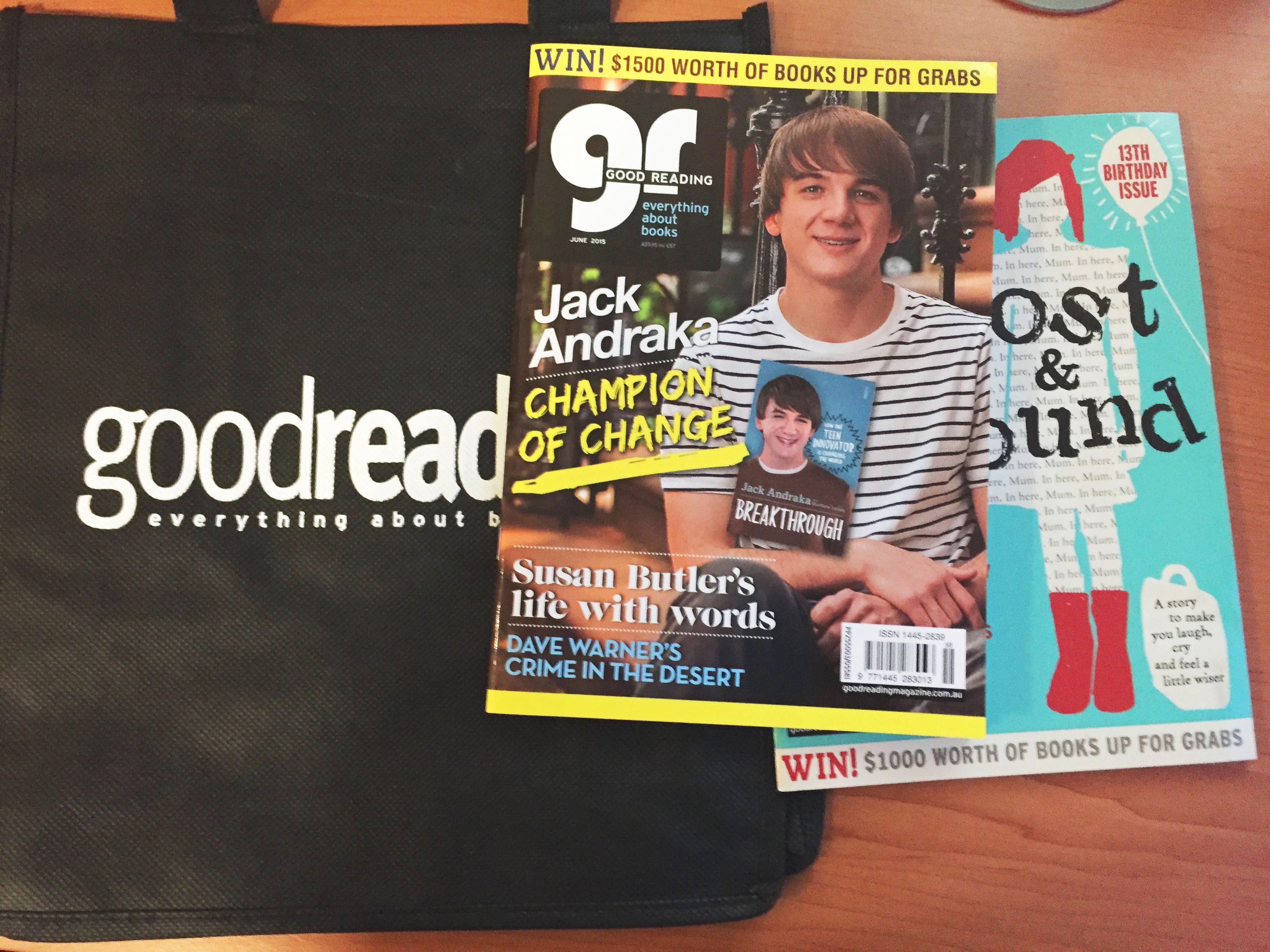 I also picked up some samples from Good Reading magazine, which, coincidentally, was really helpful for one of my assignments at uni. 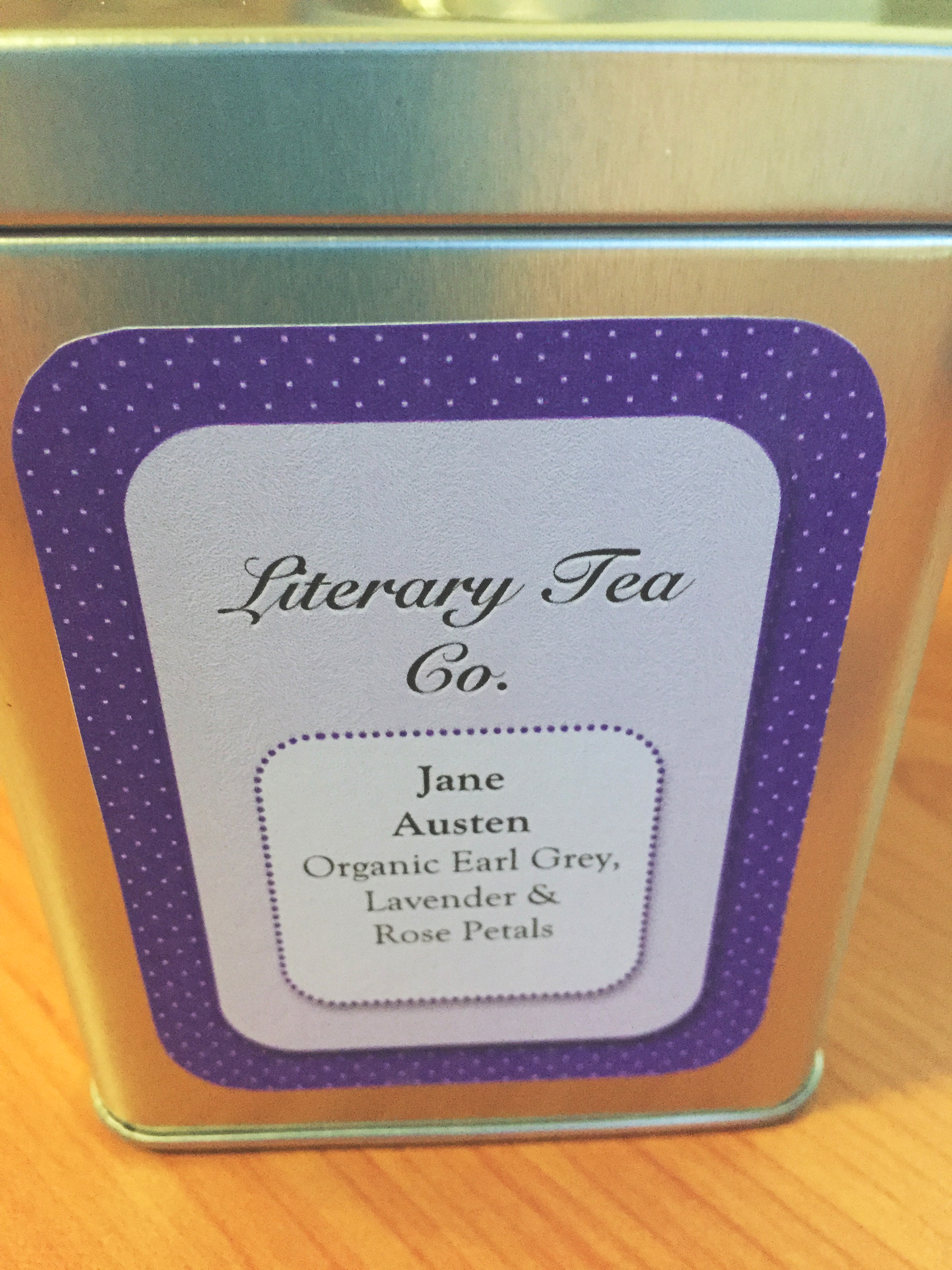 We had a good look at the Literary Tea Company stall. My sister and I are pretty keen to go to one of their workshops when we can find one we can make it to. We also bought some tea, I got Jane Austen, and she got Zelda Fitzgerald. 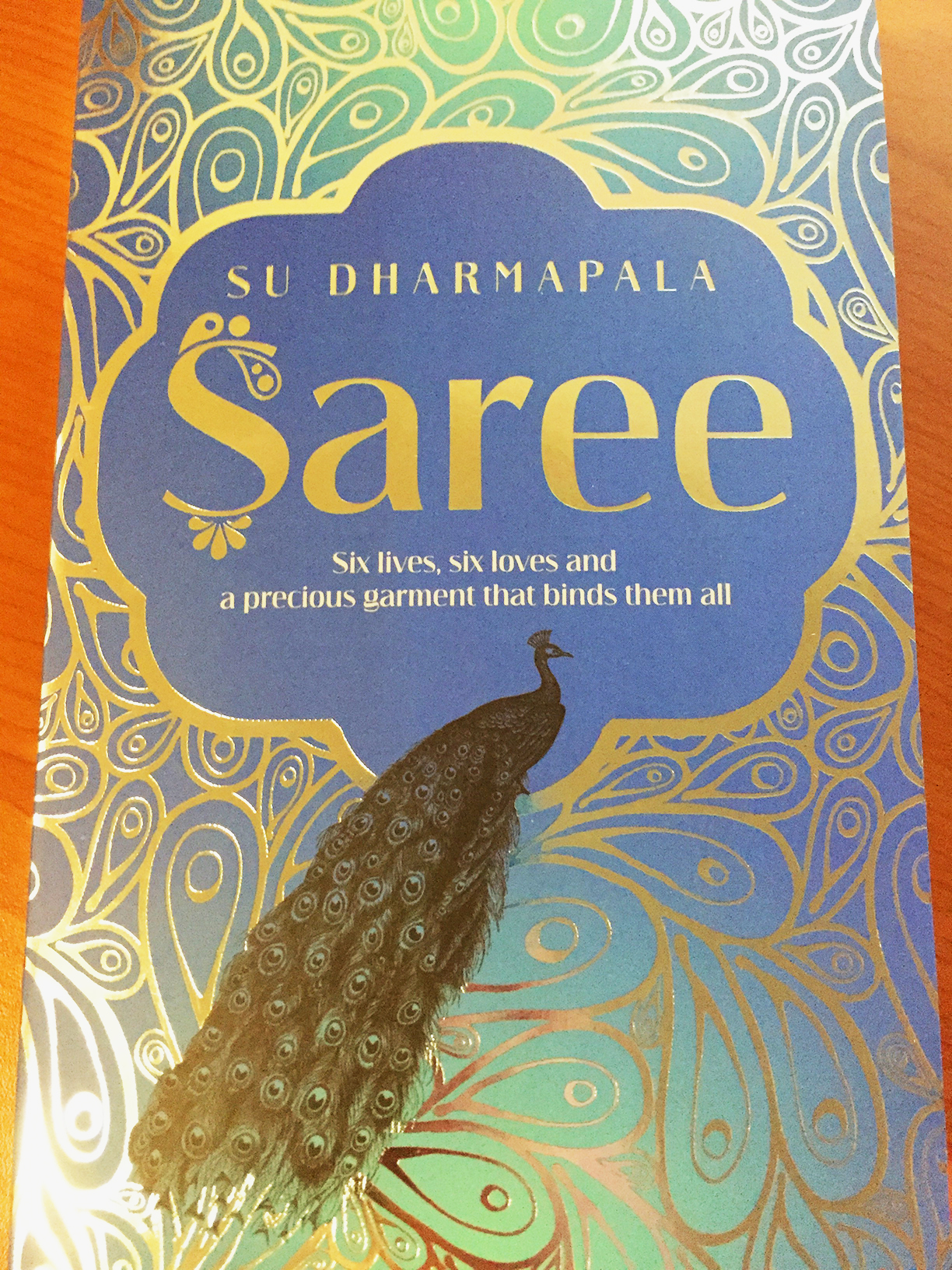 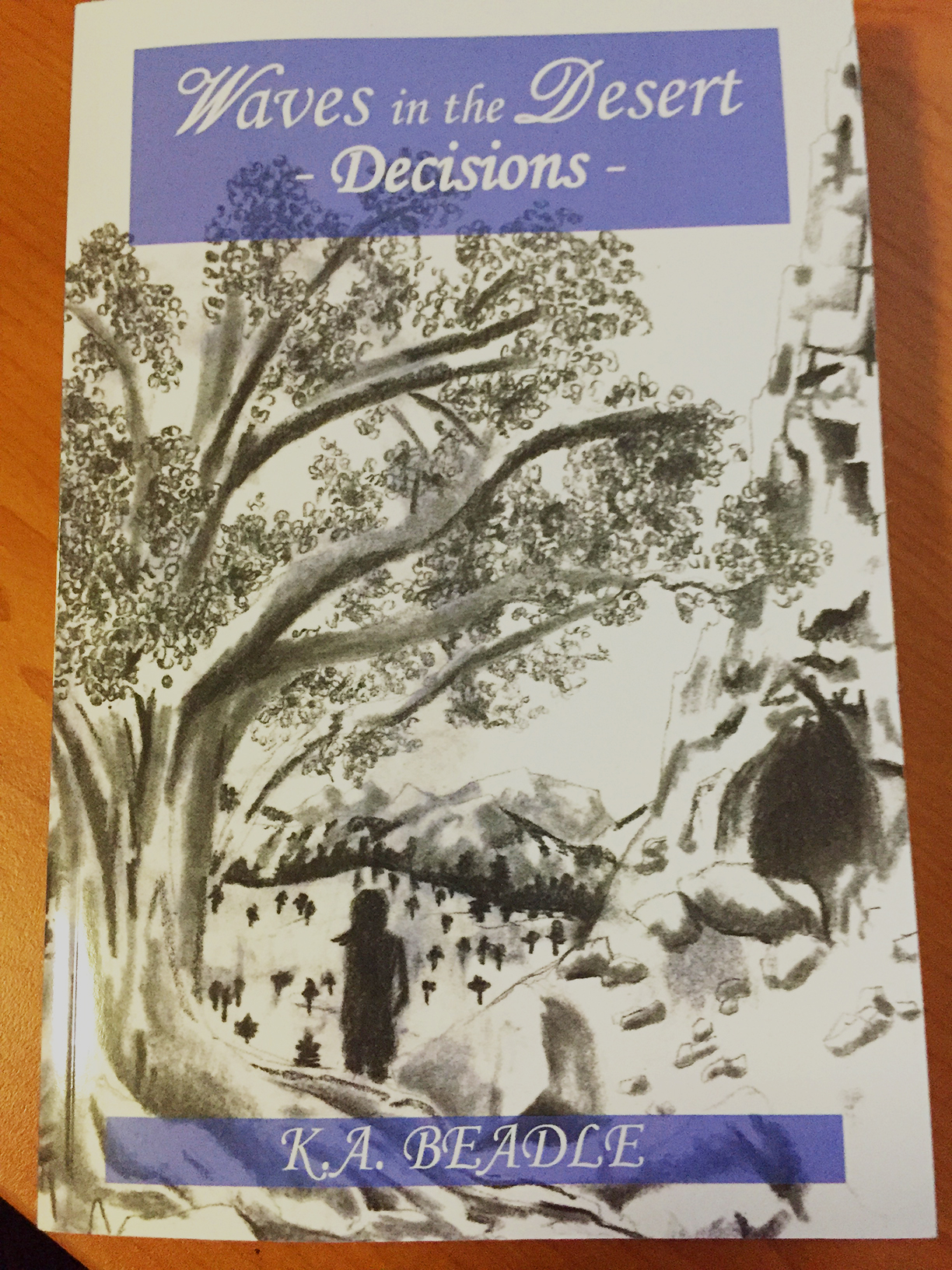 Finally I also got two books. One I bought at the bookstall, Saree by Su Dharmapala, which I've had my eye on for a while now. I found it for $5 so was very happy with that.
The second one, Waves in the Desert: Decisions by K.A. Beadle which I got at the author's stall. This is her first novel (she promised she intends to write the rest of the series) and it is self-published. I wanted to buy a book from one author at the expo, and I honestly think the main reason I chose this one was that she was very friendly and her proceeds were going to Oxfam. I'm a little dubious about the book because it has the potential to be very white-saviour-complex, but I'm going to give it a chance.