Last Saturday afternoon I attended high tea at Better Read Than Dead, an independent bookshop in Newtown. An event of pretty china, nice dresses, tiny sandwiches, cakes and scones. Of glasses of champagne and of beautiful books. 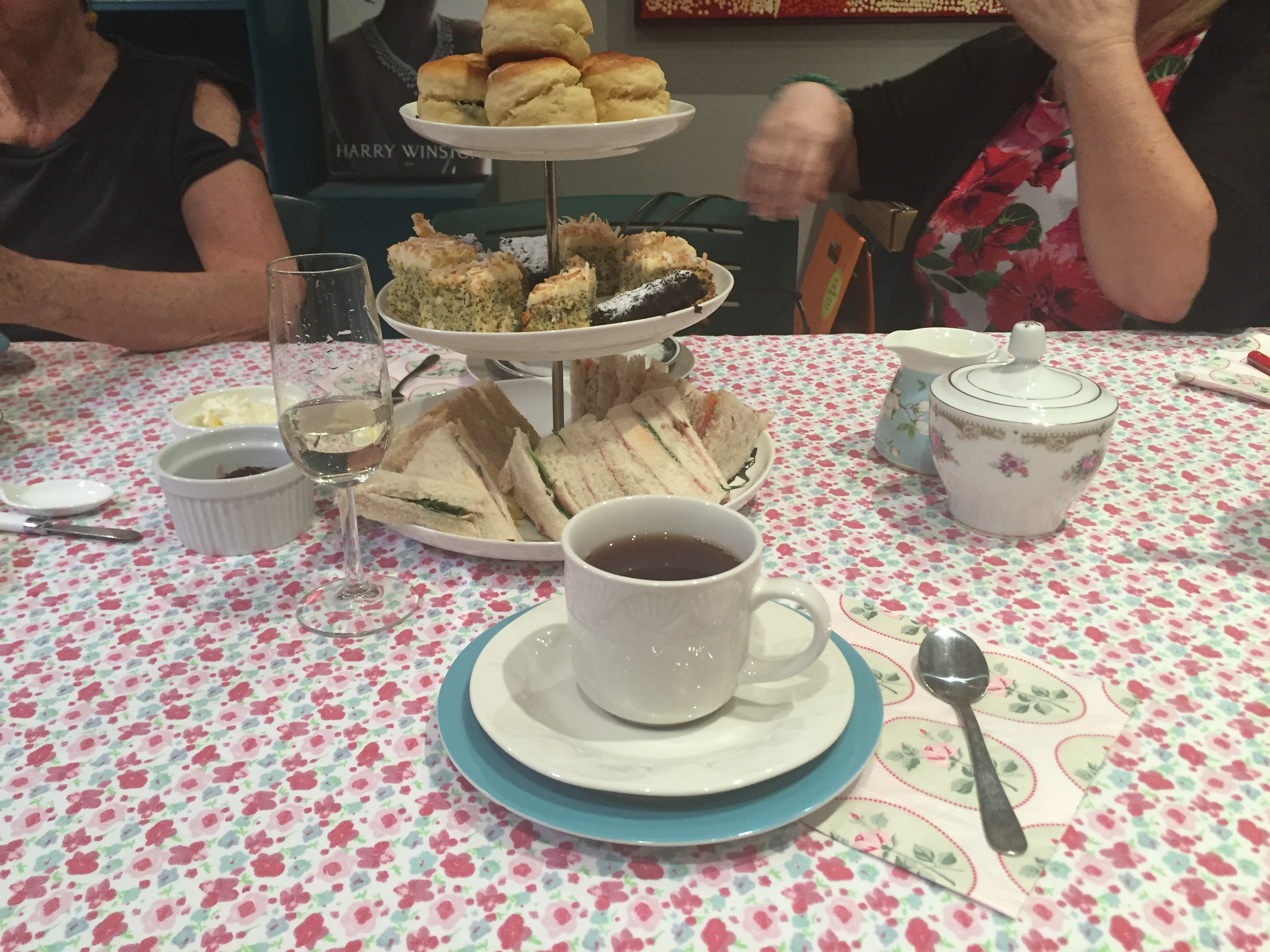 The wonderful Justine Larbalestier was interviewing (side note - she did a wonderfully sincere acknowledgement of the Indigenous ownership of the land and their traditions of storytelling which I think was very genuine and meant people actually stopped to consider, rather than it just being something we say now). She had a bunch of great questions about Jaclyn's process of idea generating, research and actual writing. As well as some interesting observations about her work and style. 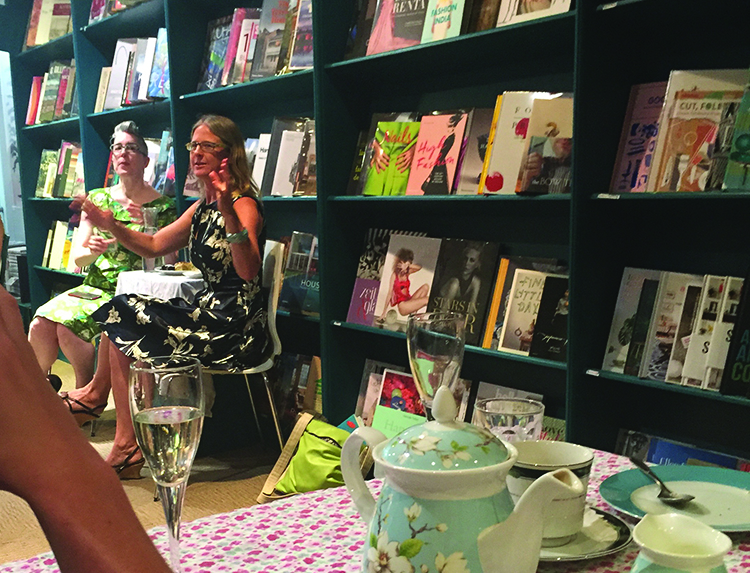 Jaclyn has a wonderfully gentle sense of humour, and a rambling style of storytelling that paints a vivid picture of what she is talking about. The way she uses colour throughout the series Colours of Madeleine fits perfectly into this. An elaborate and seemly impossible creation that continuously builds into the story so that it cannot be extracted.
The idea that she spent so many years planning before she even write a word was interesting. Some of her research included: extensive reading on topics like colour, Isaac Newton, fantasy as a genre, and even cello playing (the best procrastinating technique I've ever hear of). For someone who had previously create such intensely amazing realist fiction, her skill in building up an incredibly rich and fascinating world speaks to the importance of understanding genre, even if it's just so you know how to break the rules. 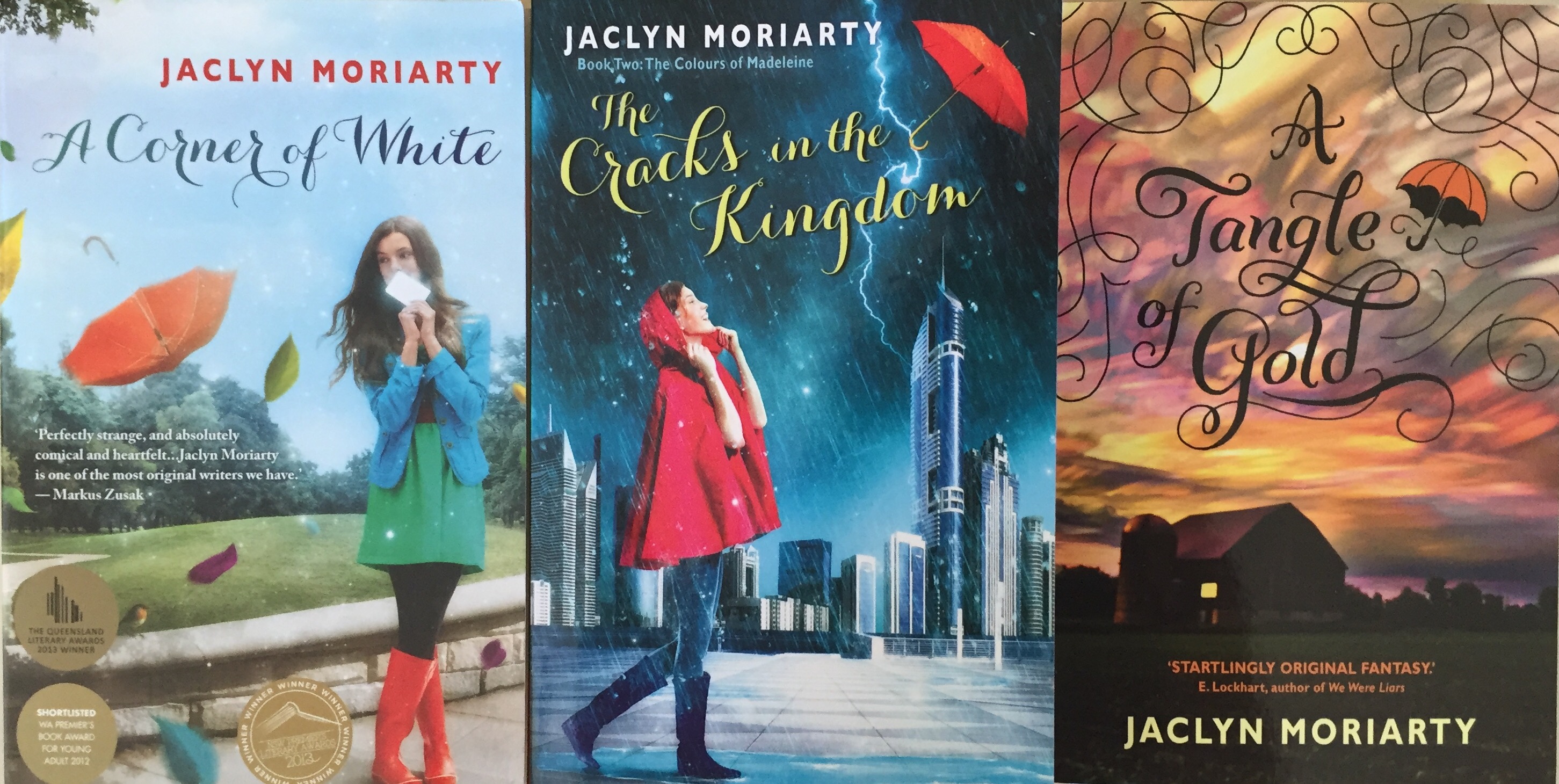 Jaclyn also talked about the formative parts of her life being tied to letter writing, and how that strongly influenced her work, which are comprised entirely of written documents. The Colours of Madeleine books were not supposed to have this aspect, and while she does write in prose for much of the books, letters and extracts snuck themselves in. For Jaclyn, letter writing is so familiar and helps her feel like she gets inside the characters, which is perhaps why she manages to have such a rich and deep range of characters.

I made friends with some of the girls on my table, we bonded over gushing despite no longer being teenagers, which added to the enjoyment of the overall experience.

I had posted an Instagram of all my Jaclyn Moriarty books and very kindly responded that she would try and sign them all, so I packed them all into a tote bag and lugged them along with me. Jaclyn was very nice about signing 8 books (I also bought the latest) as well as signing one for each of my sisters. She even thanked me for buying them! 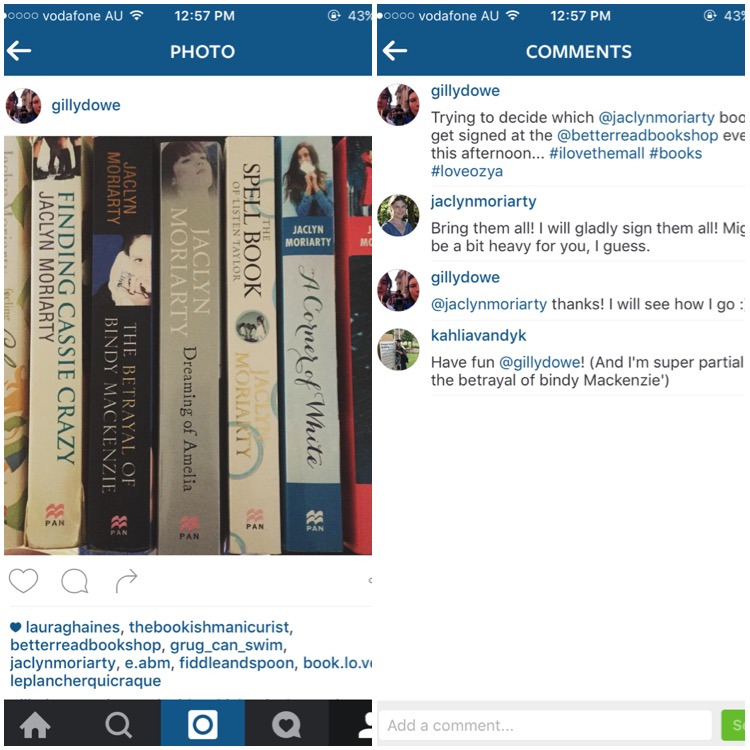 I think my favourite comment made by Justine was pointing out the kindness in all Jaclyn's work (based of a question someone asked). This idea of kindness resonated with me as a reason that I love her novels but haven't been able to articulate previously.
I think my favourite anecdotal story she told was how, instead of paying pocket money, her father would pay them to write stories (and then win it back of them), and now three of them are authors.

Overall I think the whole afternoon was fantastic, authors are such lovely people and Better Read did a fantastic job organising the event. 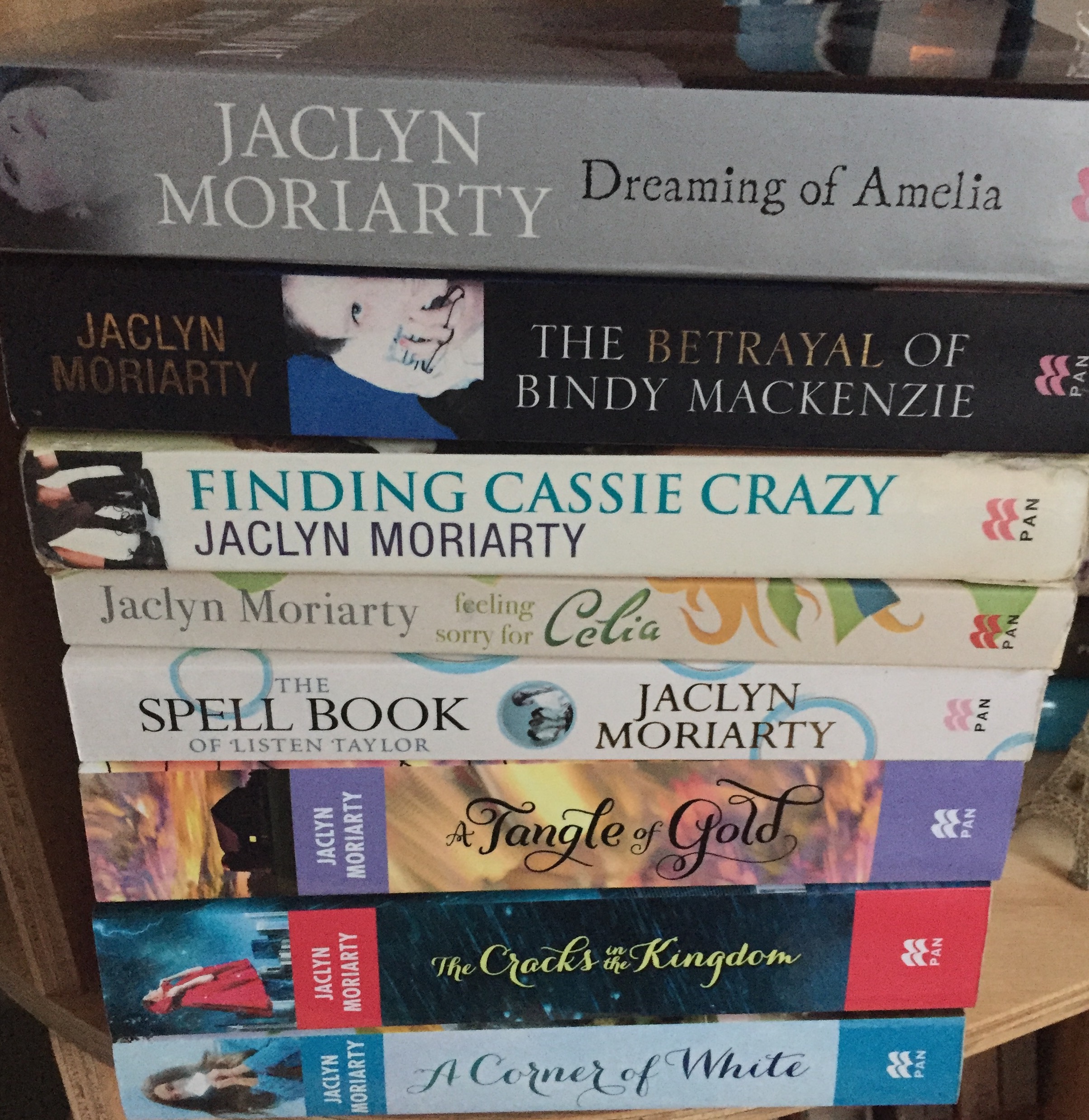