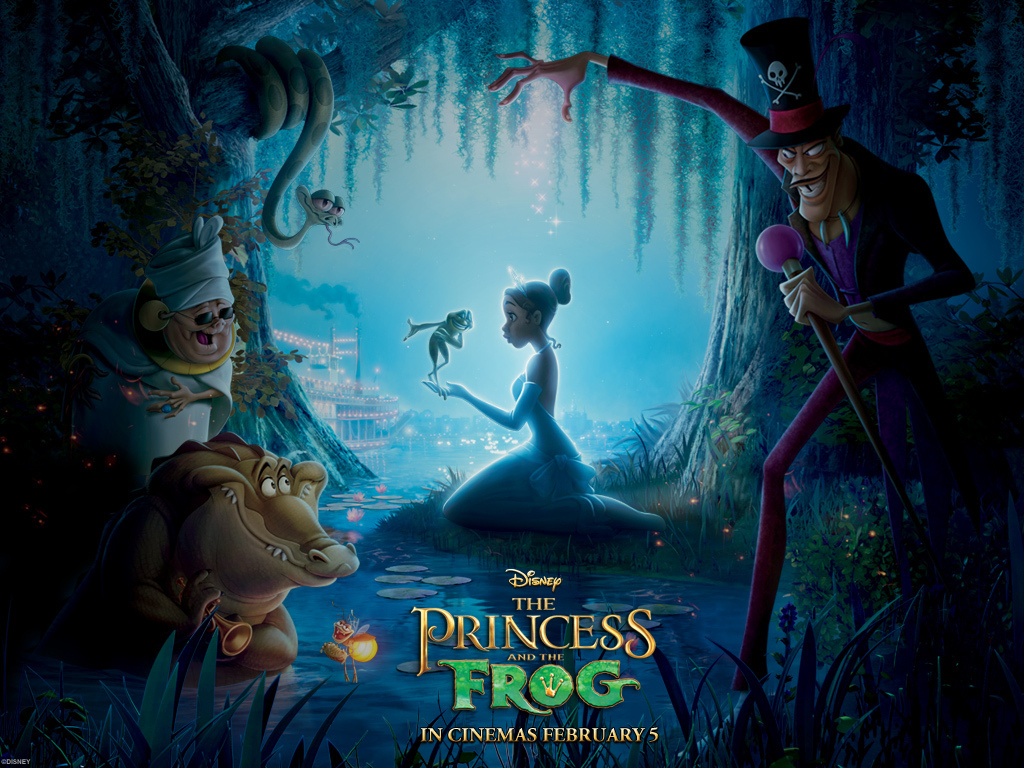 I was excited to finally watch this film a few weeks ago [in 2013]. Having spent a lot of time studying Disney at various stages of my degree, the lack of racial diversity and positive representations of people of colour is one of many aspects of Disney ideology that seriously bothered me. I am ever increasingly aware of my excess in privilege. As a white, middle class Australian, I do not have a strong understanding of the experiences of minorities in America except what I see through media. I do not feel adequately equipped to discuss at length the representations of race in this film, but will attempt to outline some of my concerns.
The final credits state the film was "inspired in part" by the novel by E. D Baker The Frog Princess. Pretty much the only thing taken from the novel is the idea of the girl become a frog instead of the frog returning to his Prince form when they kiss.

Problems:
This is a pretty good post that shares many of my concerns about the film, but is also somewhat positive.

Overall:
While I can be very critical of Disney, and particularly their films, I do actually really enjoy most of their content (perhaps nostalgia has something to do with it). However, I did not enjoy most of this film. Through out the film I had a growing sense of unease, as it became clear the film lacked of any meaningful engagement with racial, gender or class issues. I didn't really connect with the story, in part this may be because of how much I liked E.D Baker's novel. The novel is a really great adaptation of the original fairy tale and her protagonist Emma is fabulous, flawed, strong, compassionate and relational. Most of what made the adaptation so great was lost in the film.

I think what I disliked most, and why I wouldn't bother watching it again, is that there was a real opportunity for positive representations and it fails significantly to live up to the expectations I had.