So I went to Supanova last month and have been meaning to write about it ever since. While I've been to a number of festivals and smaller events, I've only every been to one large convention - and it was a very different experience (LeakyCon in Florida 2011). I wasn't just at Supanova as a fan, I also went along to engage with creators in a more professional capacity (I'm interested in the comics aspects of the publishing industry) and to help out a friend.

My friend, Karen, from HiveMindedness Media invited me along to help out at her table. I've done this for her before. It basically means I get to enjoy a festival/convention or other events as an attendee, I have time to walk around and check everything out and go to panels, but I also get to talk to people, and try and spruik Karen’s lovely comics, as well as talk to other creators. I'm super grateful to her for letting me have these opportunities, and hope I manage to be helpful! I went along for all three days, and so was really able to experience most of what Supanova had to offer. I did multiple laps of the Artist Alley, looked at most of the exhibitors, and went to several panels. I chatted to a lot of creators, and took photos of cosplayers. The only real part of Supanova I had no part in was the celebrity guests. I only went to see authors, which is a totally different part of the convention from people like James Marsden.

Karen was the Sydney recipient of the Banksia Project so I got to overhear a bunch of interesting advice while helping set up her table. Alisha Jones was great to chat with, and I’m definitely going to check out her comic Seven. I’m so keen for fairy tale comics. I also got to meet a bunch of other Australian comics creators, such as Queenie Chan and Bruce Mutard. 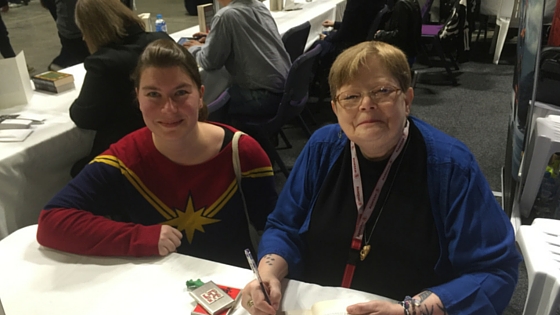 Friday was excellent. I wandered around, bought a few things and met Tamora Pierce (!!!). She was amazing, so gracious with fans, and answered everyone’s questions, such as what she was working on, and whatever happened with Kel and Dom. She signed my three books (one for each sister) and posed for a photo. I was very lucky to get in line super early, and on the Friday so I didn’t have to wait as long as a lot of people, but it was still a considerable amount of time standing around. One of the things I love about lining for authors is you can get talking to people around you because you know you have a common love. I chatted to the girl behind me for a while, about cos play, Tamora Pierce and cons. She was very nice, and had an awesome homemade strawberry print skirt I was super jealous of. 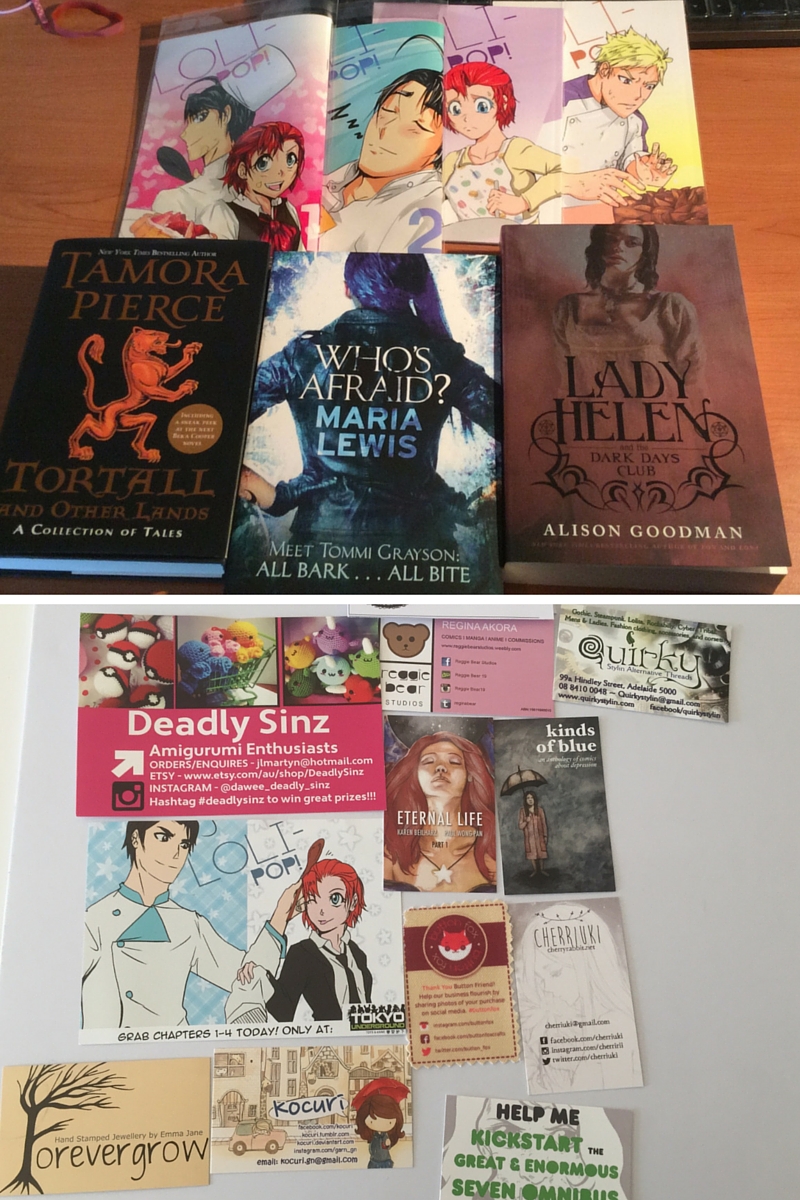 Saturday was much more crowded, but I saw some incredible cosplay. One of my favourite things about the con was seeing everyone’s amazing creativity and willingness to chat and pose for photos. I did a couple more rounds of the booths, picked up a couple of things I'd been eyeing the day before and then went along to the panel, Rise of the Antihero. The panel was an interesting topic, but a little dull in execution. The authors were Anne Bishop, Ian Irvine, Alison Goodman, Jeri Arthur and K.J. Taylor, none of whom I'd heard of. I did decided I wanted to check out Alison Goodman's book after hearing her talk about it though, especially because of her love of Georgette Heyer. After the panel, which I immediately struggled to really remember, I minded Karen’s table while she went and spoke at her panel on crowdfunding. I enjoyed talking to the people who came up to look at her work, and volunteers. The volunteers were really great, and I’m actually thinking I might see about volunteering next year. It looked really fun and rewarding. 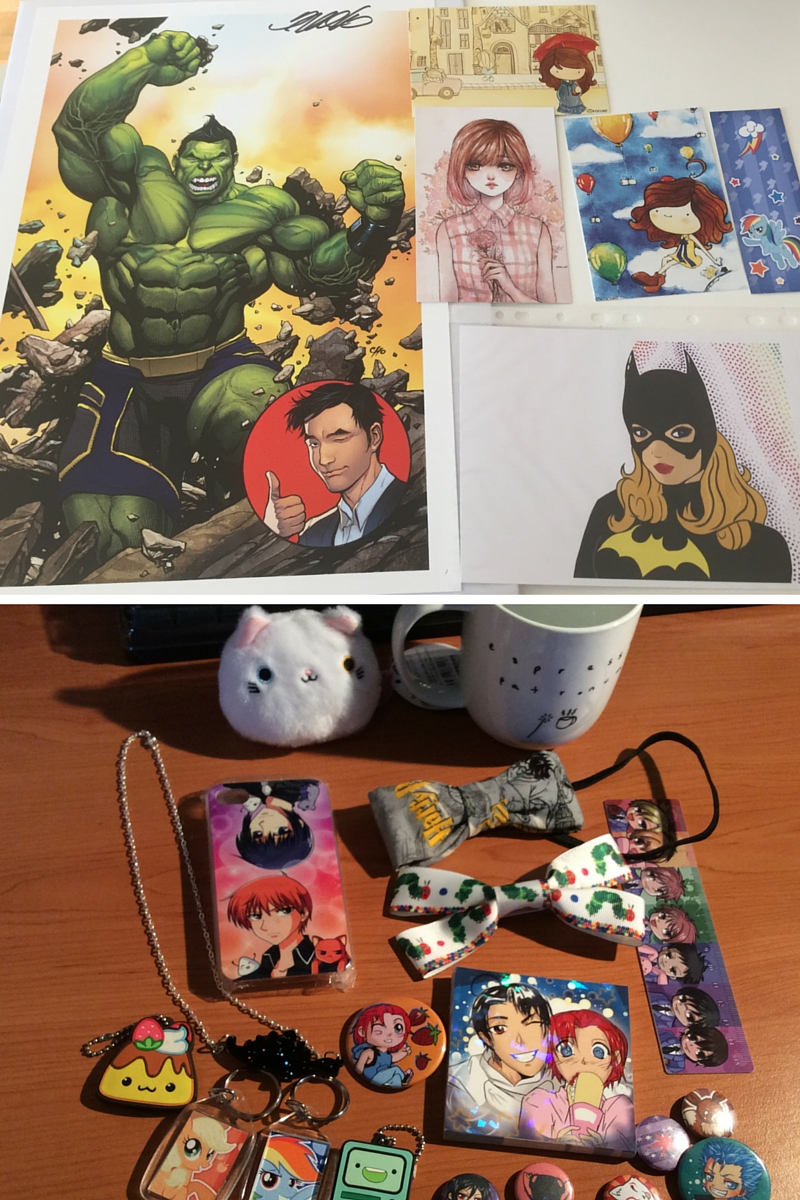 I also met Maria Lewis, who is an author that also works on one of my favourite shows, The Feed. I bought Alison Goodman's Lady Helen and the Dark Days Club and Maria Lewis', Who's Afraid, which I have had recommended to me several times since its release.

Over all I had a really good time and would highly recommend going along if you ever get the chance.